He said he’d text later, and you’ve waited all day. Finally you hear the chime. You lunge for your phone and wait for his message to appear. There it is: send me a nude

Ugh, now what? You like him, and want him to like you. But you’re not comfortable sending him a nude. You feel like you’re stuck, because you know how this usually goes. If you send the photo, you’re risking him showing it around and earning yourself a bad reputation. If you don’t, he may lose interest and tell everyone you’re prude. You can’t win.

You don’t really want to send him the photo. You just want him to like you and to be your boyfriend, to care for you. Sending a nude doesn’t guarantee that will happen. More likely, he’ll do what you suspected. This should make you feel like you made the right decision in denying his request. But there’s a consequence to that, too. Guys are good at manipulating girls into doing what they want them to do. They know that calling you a “prude” hurts just as much, or at least enough so you give in.

But you’re not a slut or a prude. You’re a girl who won’t be pressured or pushed by a guy to do something she’ll later regret. So what’s your best response? Can you keep this guys’ interest while preventing him from shaming you? There are several possible responses you can give to his “send nude” request. 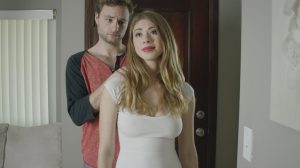 If the guy is going to be bold enough to ask for a photo of you naked, then you can be just as bold in reply. You don’t have to explain anything. The simple reply says all you need to say.

If he doesn’t reply for the rest of the day, you’ve accomplished your mission: you didn’t lose him, you stood up for yourself, and he clearly got the message. His silence likely means that he feels ashamed, and is reconsidering what he did. Don’t text him again. Wait for a day or so, then act as though all is normal. Smile at him when you see him, or send him a little joke as an icebreaker.

The next few suggestions need no further explanation; they speak for themselves.

If you can’t muster enough courage to send any of those above, here’s a default: send a picture of a fat, naked baby butt next to a bathtub!

Or, don’t respond at all.

This is powerful, because you won’t be held to anything. If you go silent, he’ll be confused. He’ll also have the time to think about what he asked you to do, and the time to worry about what you’re thinking of him. He doesn’t want to come out of this looking like the bad guy. Let your silence linger overnight, which will have him sweating by the next day. Next time you see him, you can give him a little nod, as if to say, “I’m gonna just let that fall by the wayside.” Or give a little wave, signaling that you’ve moved on past the request. Either way, he’ll likely not ask again, unless he’s a complete idiot.

If you want to read more about handling other sticky dating situations, you can follow my blog for more advice. I’m also a relationships and dating coach, so use my contact page to see my rates for in-person, telephone or email coaching.  If you’re age 25 or under, I offer special discounted rates. See my website for more information!

Are you The Distancer or the Pursuer?

How to Let Go of Relationships that are Unhealthy